The Times interviewed 30 current and former executives, employees, contractors and also models for the expose.

For example, he allegedly touched the crotch of a model before the 2018 Victoria’s Secret fashion show.

In addition to trying to kiss others or asking them to sit on his lap during photo shoots and car rides.

He later used the pictures in an expensive coffee table book without paying the models.

Sources tell the Times they reported Razek’s behaviour to billionaire founder and chief executive of L Brands, Leslie Wexner, but nothing was done.

Additionally, others claim the company punished them for speaking out.

Model, Andi Muise, tells the Times that Victoria’s Secret stopped hiring her for its fashion shows after she rebuffed Razek’s advances. 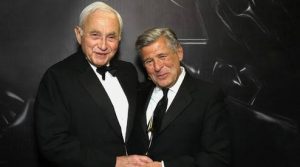 “I can make you or break you’

The Times says Razek came up with the Victoria’s Secret annual fashion show, which became a global cultural phenomenon.

Furthermore, the newspaper describes Razek as “instrumental” in selecting the brand’s supermodels — known as “Angels”.

For models, landing a spot as an “Angel” virtually guaranteed international stardom.

Razek often reminded models their careers were in his hands, according to models and staff who heard his remarks.

She summed up his attitude as: “I am the holder of the power.  I can make you or break you.”

At castings, Razek sometimes asked models in their bras and underwear for their phone numbers, according to three people who witnessed his advances.

He urged others to sit on his lap.

Two models said he asked them to have private dinners with him.

WHAT IS SEXUAL HARASSMENT? 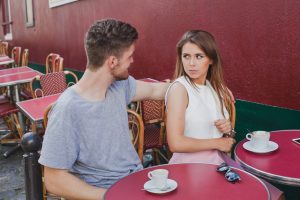 Razek responded to the Times allegations with an email:

“The accusations in this reporting are categorically untrue, misconstrued or taken out of context.  I’ve been fortunate to work with countless, world-class models and gifted professionals and take great pride in the mutual respect we have for each other.”

Thomas Davies, a spokesman for Wexner, declined to comment.

For help and advice with sexual harassment, please call our team on

JB Hi-Fi workers allege a culture of harassment and discrimination