Female workers at JB Hi-Fi stores say there is a culture of sexual harassment and discrimination from management and customers.

They describe a “boys club” work environment that fails to support them.

Additionally, they claim the best-paid jobs, such as commission-based sales jobs or management positions, are dominated by men.

Brenna Dempsey works at a JB-Hi-Fi store in Melbourne.

She is also spokeswoman for a group of women involved with the Retail and Fast Food Workers Union.

She told The Sunday Age female staff are:

Dempsey also alleged management failed to do anything about it.

The Sunday Age spoke to three other workers, who described incidents of sexual harassment and discrimination.

One who works at a Sydney store claimed she is “hit on” regularly, and sometimes groped by customers.

“There’s obviously training for the job but not training for what to do when customers are sleazy and hitting on you.

“If I was in the pub, I’d have no issues with basically saying f— off, but when you’re in the workplace there’s just that power imbalance.”

Another woman who works at a Melbourne store described JB Hi-Fi as a “boys club”.

She told The Sunday Age a store manager said he wanted to hire Brazilian girls “because they’re hot.”

She also said customers regularly hit on her, and sometimes even request dates.

Additionally, she claimed a friend of hers had been “objectified by wearing shorts to work and now she doesn’t”.

Another worker at a Melbourne store said she had experienced groping and unwanted touching from customers when she started work as a teenager.

“I have friends and colleagues subject to sexual harassment in store.

“They feel very afraid to do anything and speak out about it.”

The women said managers offered little or no support when they complained.

“The impact of sexual harassment can lead to suicidal behaviour”

A spokeswoman for JB Hi-Fi told The Sunday Age the safety of its team is its “number one priority”.

“We are committed to ensuring everyone in our team is respected, and our business is safe, inclusive and welcoming for everyone.

“We have processes in place for any team member to raise concerns of gender discrimination or sexual harassment, including internal reporting channels, and an independent external reporting hotline.” 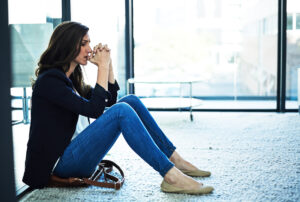 Young workers are particularly vulnerable to sexual harassment perpetrated by older managers or supervisors. A…

Victoria’s Secret is a world of misogyny, bullying and sexual harassment

Victoria’s Secret is a world of misogyny, bullying and sexual harassment a New York Times…