The boss of a law firm has been ordered to pay $170,000 in damages for a “relentless” campaign of sexual harassment.

The harassment included emails threatening a female employee’s employment if she didn’t agree to a relationship with the boss.

Catherine Hill took the legal action against Owen Hughes (pictured above), a principal of law firm Beesley and Hughes.

She started working as a paralegal and later as a solicitor for Hughes from May 2015.

She alleged Hughes subjected her to a series of sexual advances.

For example, bombarding her with emails, and once appearing in her bedroom wearing boxer shorts during a work trip.

He said Hughes took advantage of Hill’s vulnerability, as she had recently split with her husband.

He said the employment relationship between the pair made his repeated advances “particularly sinister”.

The court heard Hughes blocked Hill’s exit from the office on a number of occasions and then requested hugs.

During a work trip to Sydney, the two stayed at the home of Hughes’ brother.

Hill said she walked in on Hughes in the bedroom assigned to her, wearing only a singlet and boxer shorts.

Hughes claimed in court that it had been “a very hot night” and as as result, could not sleep on the veranda as planned.

He maintained this claim despite the trip happening “in the middle of winter”.

Judge Vasta described a number of the emails Hughes sent to Hill as “quite threatening”, including a September 2015 email which said:

“I know you might decide that we should just have a working relationship but I need someone.

“All cool if you want to just work for me …

“at the end of the day you would have a Ukrainian woman working for me as well as you and you might be sorry you turned me down romantically.”

Judge Vasta interpreted this as a threat that Hill would be “replaced as an employee by [a] Ukrainian woman” who would be romantically involved with Hughes.

Another email could only be interpreted as a threat that Hill’s work was “substandard but it could be overlooked if she were in a sexual relationship with him”.

Judge Vasta criticised  Hughes’ attempts to blame Hill for the harassment by suggesting that she is “flirty and coquettish”.

While Hill characterised such comments as “slut-shaming”, Judge Vasta did not, instead describing Mr Hughes’ claims as “utterly outrageous”.

“It is the mark of a bygone era where women, by their mere presence, were responsible for the reprehensible behaviour of men”. 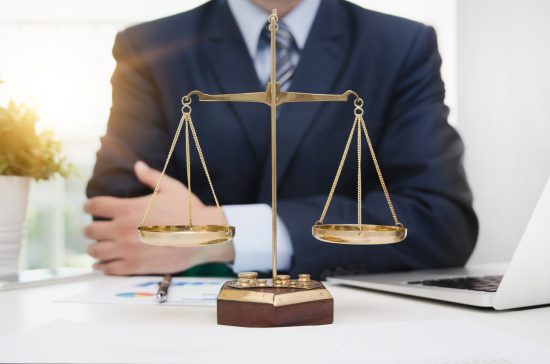 Industrial advocate Miles Heffernan warned the day is coming when the legal profession will be hit with a wave of law suits relating to sexual misconduct.

“The legal profession is yet to have its own #MeToo moment, but that day is coming,” Mr Heffernan said.

“Many in the industry are extremely reluctant to come forward and make formal complaints because they fear it will be a career killer – and they will never work again.

“But all workers, whether they be truck drivers, nurses, clerical staff or young lawyers should know that they don’t have to put up with unlawful sexual harassment, and as this case proves, you can do something about it.”

Dyson Heydon's university nickname has been revealed amid new sexual harassment allegations against him. The…

A prominent Adelaide barrister has caused a stir, after telling young female lawyers that they…