A Queensland surgeon accused of sexual harassment and bullying who was named under parliamentary privilege by opposition health spokesperson Ros Bates, has made a formal complaint to the Speaker of the house.

Bariatric surgeon Doctor William Braun, who was sensationally named by Ms Bates in parliament in February, claims to be the victim of a targeted smear campaign, and is now planning to request a citizens right of reply.

Among the allegations made in documents tabled in parliament in February March and April under the cover of parliamentary privilege, were that Doctor Braun berated junior staff, was rude to patients, and engaged in bullying and sexual harassment.

In addition, concerns were raised about professional negligence and his treatment of patients.

Doctor Braun wrote to Speaker Curtis Pitt this month, expressing his concern about the documents which he said contained “anonymous and unsubstantiated claims”.

“The tabling of these documents has caused irreparable damage to my professional and personal reputation and caused significant concern to myself and my family,” he wrote.

“The health system has established proper mechanisms for pursuing complaints about medical practitioners which ensures investigations are performed fairly and all parties are given the opportunity to respond to matters of concern.”

Doctor Braun claimed that one of the women who was named in the documents was pressured to make a complaint, allegedly saying “she had no reason to make such a complaint”.

“She is very distressed about the fact that she was nonetheless involved in the matter against her wishes,” Doctor Braun said.

Doctor Braun said the allegations should not have been made public by Ms Bates under the cover of parliamentary privilege.

“I respect and understand the need for parliamentary privilege,” he said.

“However, it is a powerful weapon and when misused, particularly against individuals, it can have devastating consequences, as it has in my case.”

Ros Bates said she had a duty to raise concerns

In defending her actions, Ms Bates argued that she had a duty to raise people’s concerns.

“We have been inundated with dozens of complaints from senior clinicians and patients who raised allegations for yeas and nothing was done,” he said.

“Several patients and doctors have expressed their relief that these matters are finally being taken seriously and are under investigation.” 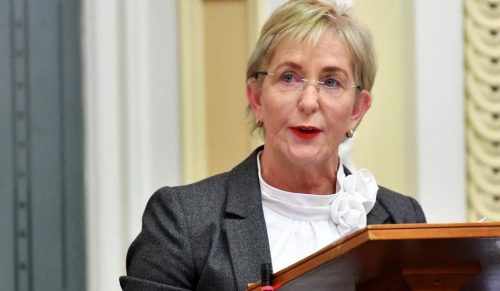 “Before any disciplinary action is taken, an employer must conduct a discreet but thorough investigation to establish the facts of what might or might not have happened after receiving a complaint of sexual harassment,” he said.

“All complaints should be taken seriously, and investigated thoroughly, and appropriate action should be taken at the conclusion of that investigation, but it is not fair to name and shame people before an investigation has been completed, and the person has been given procedural fairness, including an opportunity to respond to any allegations against them.

“Parliamentary privilege is vitally important in our system, as are brave whistle blowers, but it come at a cost.

“In this current case, Doctor Braun has had his reputation severely damaged before a proper investigation into allegations against him has been completed – and I think many people would say that’s not very fair.”

Barnaby Joyce habitually refuses to take responsibility for his own actions