Carlson sued Fox News for $20 million after the network’s Chairman and founder, Roger Ailes, subjected her to appalling sexual harassment.

She alleged years of sexual harassment by Roger Ailes and other work colleagues.

As a result of her claim, more than two dozen women came forward making similar complaints about Ailes.

Former Fox News star Megyn Kelly, played by Theron in Bombshell, also made a formal complaint about the CEO.

Rupert Murdoch forced Ailes to resign as a result of the scandal. 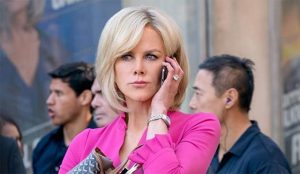 Carlson’s story gets told despite NDA

However, as a result of a non-disclosure agreement, she cannot speak publicly about the harassment.

But through Kidman’s role, she get a voice in Bombshell.

“It may be disturbing and cause you to recoil or think but at the same time it does entertain you.

“That was the goal.”

Bombshell opened in the United States in December to generally positive reviews, with Linda Jager from KPCW describing it as:

“A powerful cinematic statement on the #MeToo movement, and a film definitely worth watching.”

It opens in Australia on January 16. 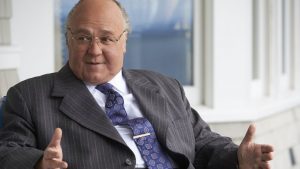 Russell Crowe is brilliant as Roger Ailes in ‘The Loudest Voice’.

Both Bombshell and The Loudest Voice are up for awards at Monday’s Golden Globes.

Russell Crowe is nominated for best actor in a limited series or movie made for tv, and Robbie and Theron are both up for best actress awards.

Manager who discovered Lorde fired by Warner Music over harassment