Public servants who want to give evidence to the current national workplace sexual harassment inquiry are facing an extra hurdle imposed by the Secretaries Board.

The board has told workers who have signed a non-disclosure agreement relating to a sexual harassment matter that they must apply for a waiver of that agreement before giving evidence.

The process was implemented against the advice of the Sex Discrimination Commissioner Kate Jenkins.

Almost 40 percent of women had suffered sexual harassment in the previous five years.

What public servants will need to do

Public servants who want to give evidence to the inquiry must first contact the Australian Public Service Commission’s Ethics Advisory Service, which will then contact the agency that was involved in the incident, and seek a waiver of the non-disclosure agreement.

In November last year Ms Jenkins wrote to 120 chief executives across the country, asking them to allow current and former employees who had signed non-disclosure agreements to give evidence.

Only 18 companies signed up, including Rio Tinto, ANZ, the Commonwealth Bank and the  Australian National University. 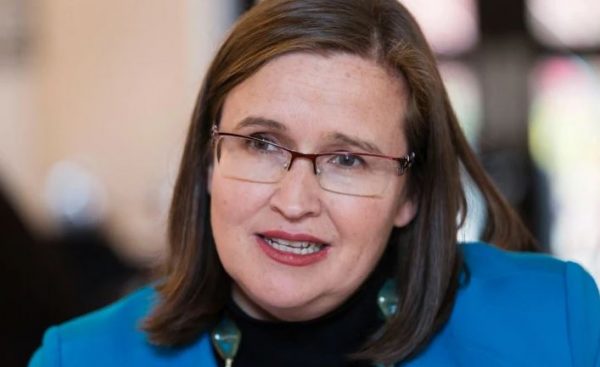 Queensland and NSW public servants free to give evidence

Public servants in Queensland and New South Wales are covered by waivers that allow them to give evidence without first having to seek permission from the relevant agency or another public service body.

It’s not clear whether the Secretaries Board, which is led by Prime Minister and Cabinet secretary Martin Parkinson, spoke with the Sex Discrimination Commissioner about their plan.

“I asked employers to issue a limited waiver to allow people to make confidential submissions to the National Inquiry,” Ms Jenkins said.

“Some employers contacted us with questions and, when they did, we answered them.  Those who have agreed to the waiver are listed on our website.”

The ability to give evidence despite having previously signed a non-disclosure agreement was important in the lead up to the banking royal commission, and Ms Jenkins said the importance of waivers without an application process had added importance when it came to harassment victims.

“The ability to make a confidential submission is paramount to the integrity of our consultation process. Requiring individuals to seek consent potentially jeopardises that confidentiality, and may risk re-traumatising of victims of sexual harassment,” she said.

Workers should be free to give evidence

Miles Heffernan, Litigation Director at Sexual Harassment Claims, said all worker should be free to give evidence, whether they’ve signed a non-disclosure agreement or not.

“Trust the public service to make things just that little bit more difficult for victims of sexual harassment,” he said.

“If this national inquiry is to be successful, then people need to be free to tell their stories in an open and frank manner.

“It’s not about naming and shaming, it’s about understanding the very serious issue of workplace sexual harassment so we can hopefully come up with some solutions to stop it from happening in the future.”

The deadline for submissions to the inquiry has been extended to give more time for people who had signed non-disclosure agreements to contribute.

The industries rife with sexual harassment – is yours on the list?

Caps on sexual harassment claims should be abolished – report

As awareness and reporting of sexual harassment is increasing, there are calls for caps on…

There are unacceptably high levels of sexual harassment and discrimination in Victoria Police, according to…