Experts continue to be concerned that the Geoffrey Rush defamation court decision will deter victims of sexual harassment from coming forward.

Miles Heffernan, a social justice advocate and Litigation Director at Sexual Harassment Claims, said an unfortunate result of the court’s decision that Rush was defamed by Nationwide News, which publishes The Daily Telegraph, and is entitled to an enormous sum of damages as a result, is likely to silence sexual harassment victims from reporting the behaviour.

“Victims of sexual harassment might mistakenly believe that it is not worth the risk of speaking up because they might not be heard or believed, and might have to go through a difficult and costly and public court case,” Mr Heffernan said.

“But they should understand that this particular case was not about sexual harassment, it was about defamation between Mr Rush and a grubby little Murdoch-owned tabloid newspaper.”

Although the court did find the defence of “truth” used by Nationwide News was not proven, that doesn’t mean that Erin Jean Norvill was necessarily lying when she gave her evidence to the court.

It is true that Justice Michael Wigney’s findings questioned Norvill’s credibility, stating that she was a witness “prone to exaggeration and embellishment”.

But not having enough evidence to prove the truth of a statement to the standard acceptable to a court, is not the same thing as it being a lie. The sad background to this story is that Ms Norvill made a confidential complaint to management at the Sydney Theatre Company detailing alleged inappropriate behaviour by Rush, who then leaked it to The Daily Telegraph’s gossip hound Jonathan Moran.

Ms Norvill never intended her complaint to ever be made public, and nor should it have been.

“The low life grub at the Sydney Theatre Company who thought he had a salacious ‘scoop’ and would boost his own ego by leaking the complaint is a disgrace and has a lot of answer for,” Mr Heffernan said.

The sad result of the subsequent defamation court case is that it exacerbates misconceptions about women making up claims of assault and harassment.

According to a report in The Conversation by Karen O’Connell, Associate Professor, Faculty of Law, University of Technology Sydney, those who lodge formal sexual harassment cases that end up in court generally receive very low payouts.

O’Connell suggests that compared to the million dollar awards involved in a celebrity defamation case, the median damages payment in a sexual harassment case is below A$30,000.

“We need the #MeToo movement to continue if we are to tackle the continuing problem of sexual harassment and gendered abuse. In delivering his summary judgement, Wigney’s comment to the courtroom is surely the truest statement of all:

… it would have been better for all concerned if the issues that arose … were dealt with in a different place to the harsh, adversarial world of a defamation proceeding.” 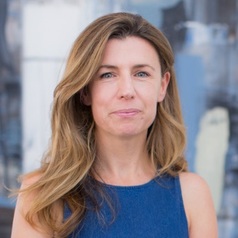 Mr Heffernan, from Sexual Harassment Claims, has represented dozens of victims, and says many have received substantial payouts, and never have to enter the court system.

“The truth is, we are able to negotiate significant damages payouts for our clients long before the case ever reaches a courtroom,” he said.

“Make no mistake, we will take a case all the way if necessary to achieve justice for victims, but we find that once we present our case and evidence to an employer, they are more than willing to open their cheque books.

“Just last month, we negotiated a six figure payout for a client who had to endure horrible sexual harassment from an obsessed co-worker while working at a major international firm.

“So victims of sexual harassment should not be afraid to come forward and report this sort of illegal and unlawful conduct, because we can do something about it.”

How to spot sexual harassment at your workplace