A bisexual banker has received $60,000 compensation after being subjected to shocking sexual harassment by his supervisor.

The man’s supervisor also subjected him to discrimination and bullying.

*Mike had worked for the bank for more than four years when the new supervisor took over in early 2018.

During their first meeting, the supervisor told Mike she had a psychic ability to tell a person’s sexual orientation.

She told Mike during the meeting:

“My first husband left me for a man, I know all the signs, you can’t pull to wool over my eyes”.

Mike felt threatened by the comments and feared the woman wanted to ‘out’ him at work.

The supervisor subsequently made endless comments about the sexuality of other people in the bank.

“Look at him just staring at his computer, he is gay,” she said about one staff member.

When a young man came into the office for an interview, she said to Mike, “he is gay too”.

She also described a branch manager as “camp as a row of tents”. 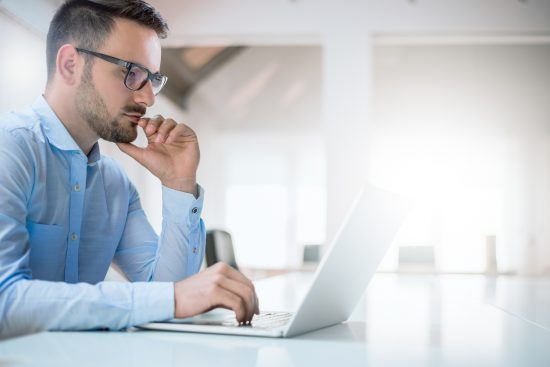 “Look at him just staring at his computer, he is gay,” the supervisor said about one staff member.

So cold she ‘had her period in ice cubes’

The supervisor also said she enjoyed sacking people, describing herself as so cold that she “had her period in ice cubes”.

She also delighted in telling Mike that she was about to fire a young staff member in front of the worker’s father. He found this extremely distressing.

The supervisor wouldn’t stop calling Mike on an approved leave day when he had to take his wife to a doctor’s appointment.

She later threatened to sack him when he didn’t fire a young worker in his team at the bank.

Finally, when the supervisor refused Mike permission to leave the office to attend an appointment with a psychologist, which is unlawful under the Fair Work Act, he made a formal complaint.

The medical experts said the cause of these conditions was directly linked to how he had been treated at work.

“It is unlawful to treat someone at work the way this supervisor treated Mike. In the end, however, it will be the bank that will pay the compensation,” he said.

“Employers can be held vicariously liable for the unlawful conduct of its employees if they don’t take all reasonable steps to prevent it from happening.”

Before the matter reached a full hearing in the Queensland Industrial Relations Commission, the bank agreed to pay Mike $60,000 compensation.

It also paid an additional $1,500 to help fund his attempts to find a new job.

I can ‘unlesbian’ you – inquiry hears horrific sexual harassment stories

A worker told a gay colleague that he could "unlesbian" her, according to a submission…

Queensland Ballet has suspended choreographer Liam Scarlett over allegations of sexual misconduct. In addition, the…

Sexual harassment victims could be eligible to claim hundreds of thousands of dollars in compensation,…