Actress Eliza Dushku has won an $A18 million settlement after being subjected to sexual harassment on the set of the hit CBS television show Bull.

In a powerful essay published by The Boston Globe, Dushku says that co-star Michael Weatherly made sexually charged comments onset, and when she complained, she says that she was fired.

Dushku joined Bull in 2017, after roles on other shows including Buffy the Vampire Slayer, Angel, Tru Calling and Dollhouse.

The actress says she was initially scheduled to appear in three episodes of Bull with plans for her to continue the role in future seasons.

In her essay in The Boston Globe, Dushku wrote that she endured repeated sexual harassment from Weatherly.

According to Dushku, just days after she asked Weatherly to stop, producer-writer Glenn Gordon Caron fired her.

Weatherly told The New York Times that he wasn’t involved in the decision to write Dushku off the show, but admitted that he “made some jokes mocking some lines in the script.

When Eliza told me that she wasn’t comfortable with my language and attempt at humour, I was mortified to have offended her and immediately apologised.”

“After reflecting on this further,” he continued, “I better understand that what I said was both not funny and not appropriate, and I am sorry and regret the pain this caused Eliza.”

Caron denied that retaliation was behind the move to sack Dushku.

“The idea that our not exercising her option to join the series was in any way punitive just couldn’t be further from the truth,” Caron said. 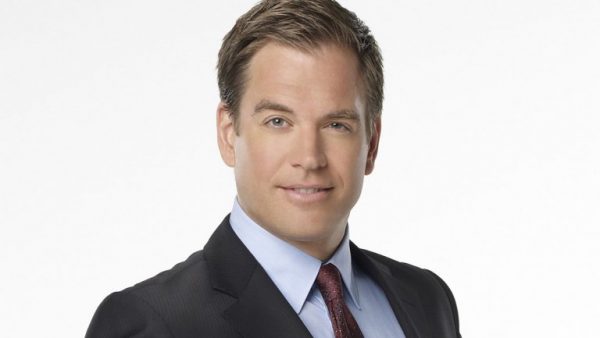 Dushku rejected those claims in her essay.

“The narrative propagated by CBS, actor Michael Weatherly, and writer-producer Glenn Gordon Caron is deceptive and in no way fits with how they treated me on the set of the television show Bull and retaliated against me for simply asking to do my job without relentless sexual harassment,” she wrote.

“This is not a ‘he-said/she-said’ case. Weatherly’s behaviour was captured on CBS’s own videotape recordings.”

She also wrote that “the bullying continued” after she was no longer employed by the network.

“In the settlement process, CBS used as defence a photo of me in a bathing suit, pulled from my own Instagram, as if this suggested I deserved or was not offended by the sexual harassment I experienced,” she wrote.

Dushku agreed to an $A18 million settlement with CBS and demanded that the network appoint a sexual harassment compliance officer.

“In the end, I found uneasy solace in the important conditions I imposed on CBS, and that I would get paid for at least some of my contract,” she wrote.

#MeToo giving victims the courage to speak up

Industrial advocate Miles Heffernan from Sexual Harassment Claims said the era of #MeToo had given people the courage to speak up about inappropriate behaviour.

“I don’t think we would have seen people like Eliza Dushku speak up, because they feared for their jobs and their careers, but women and men who are victims of sexual harassment are saying, ‘we’re not going to put up with this anymore’,” he said.

“Nobody should be subjected to this sort of conduct, whether you work in Hollywood as an actress, or Bowen Hills in Brisbane as a receptionist.”

If you have experienced sexual harassment or discrimination, you may be entitled to compensation.

Popular right wing propaganda network Fox News is in the headlines again, for yet another…